The Star Wars: Force Awakens First Order Snowspeeder is a vehicle that saw very little screen time in the movie. It's the vehicle that Finn and Rey used to get to another part of Starkiller base to set the explosives. There was supposed to be a Snowspeeder chase scene but was deleted in the movie release. You can watch that encounter in the deleted scenes of the Blu-ray release. The vehicle is a called a Light Infantry Utility Vehicle (LIUV) and is built by Aratech-Loratus Corporation. It is more commonly referred to as the First Order Snowspeeder.

This toy comes with a First Order Snowtrooper Officer with a orange shoulder pauldron, he is armed with a Sonn-Blas Corporation F-11D Blaster Rifle with an extended buttstock and an assault backpack. Articulation of this character is quite limited. The elbows and knees do not bend. The wrists and ankles do not rotate.

The vehicle itself seats 2 - a driver and a vehicle commander. It has a retractable front landing strut that can be extended or retracted. Extending it will allow the vehicle to stand on three of its lowest points. This gives the vehicle the appearance of it floating off the ground. It also includes a Sonn-Blas Corporation FWMB-10 Heavy Repeating Blaster on a stand. The stand can be mounted on the vehicle. It is oversized and not really to scale with the vehicle. It fires a spring-loaded projectile. Disney/Hasbro should have included an alternate to-scale weapon for older toy collectors.

Here are some shots of the vehicle. I've added a First Order Snowtrooper as the driver. I notice you can slot the blaster between the steering column and the side of the vehicle. A couple of weapons storage mounts would have been great! 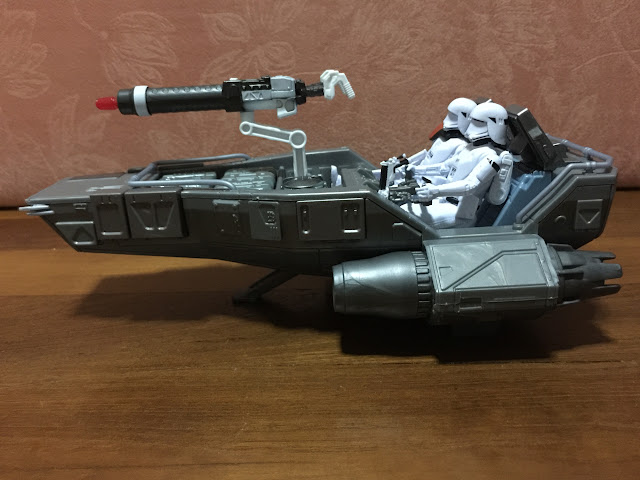 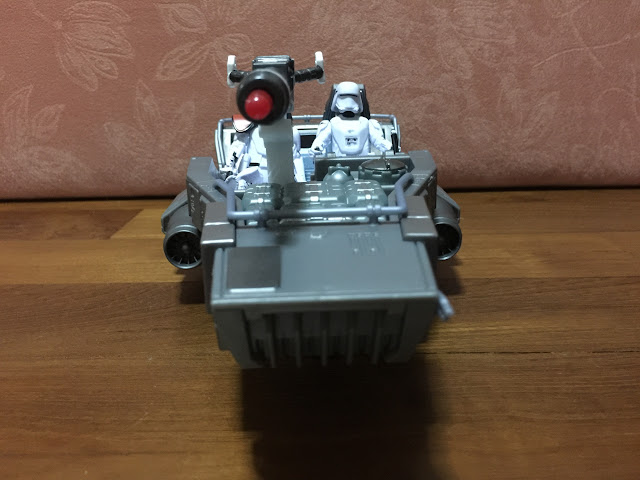 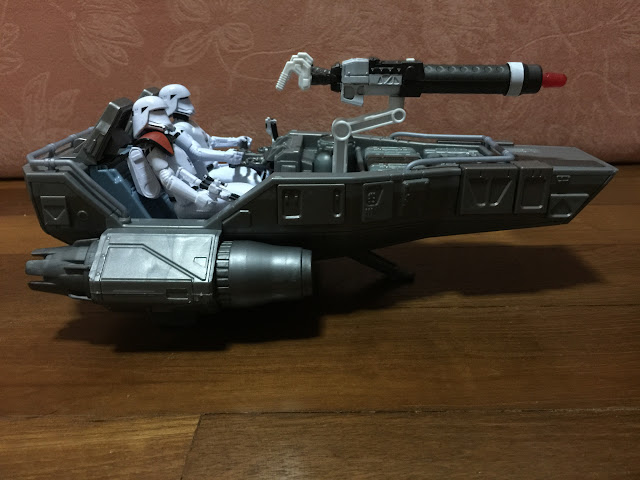 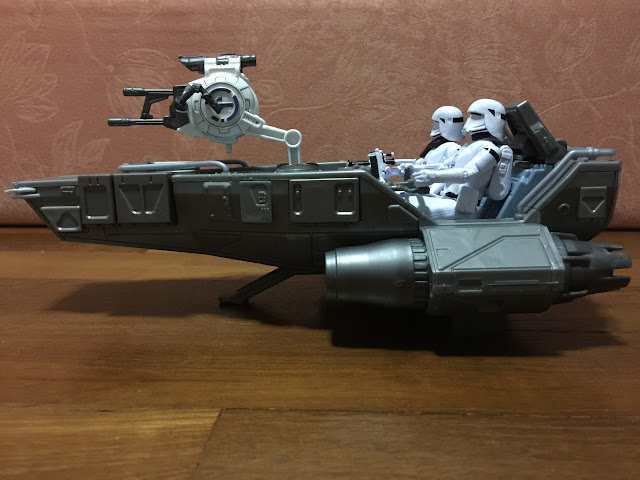 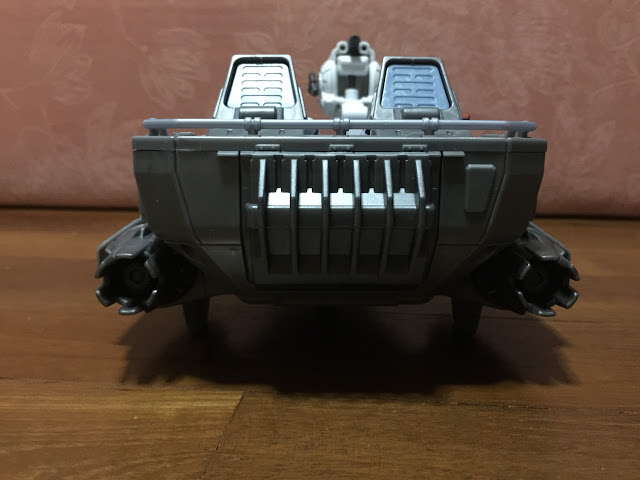 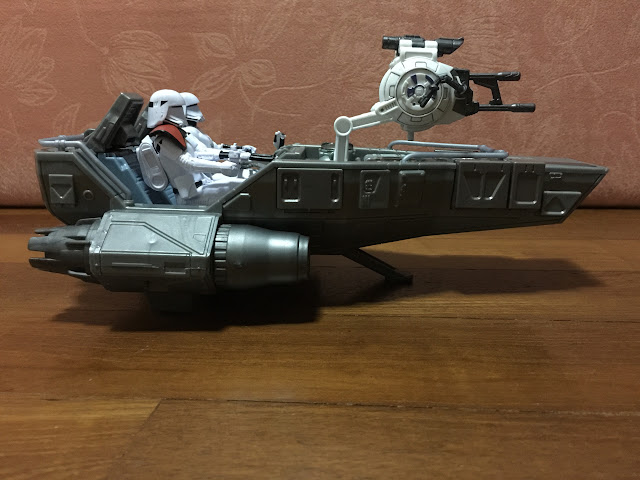 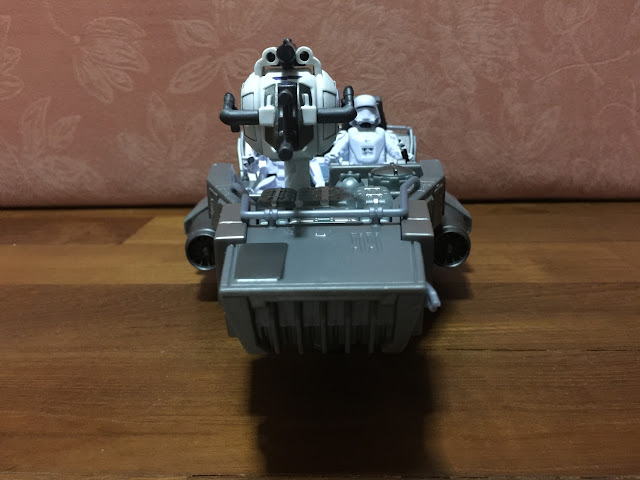 This looks like a remote weapons station which you can fire remotely. However, I think the forward visibility would have been compromised. 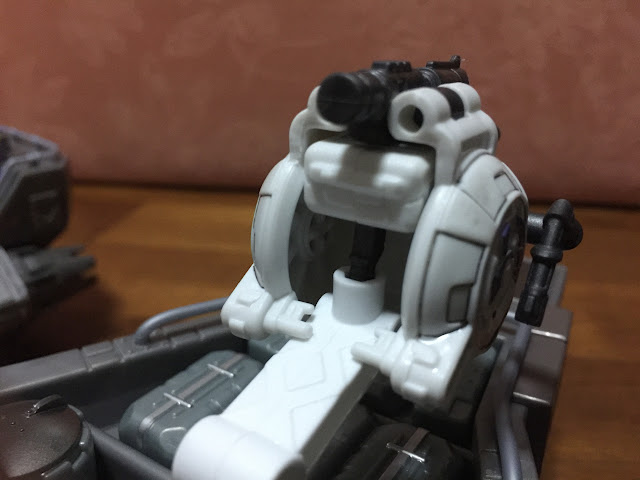 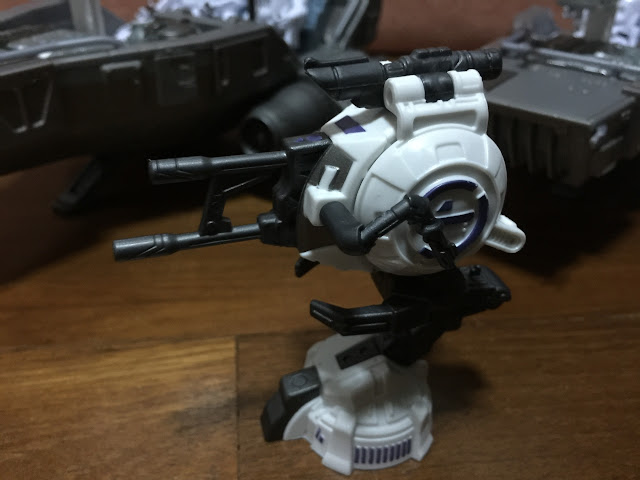 Here is the standalone twin blaster if you add the stand part that comes with a First Order TIE Fighter Pilot. 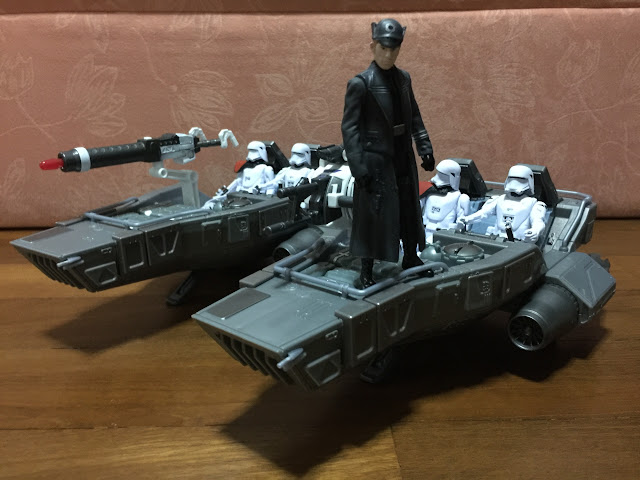 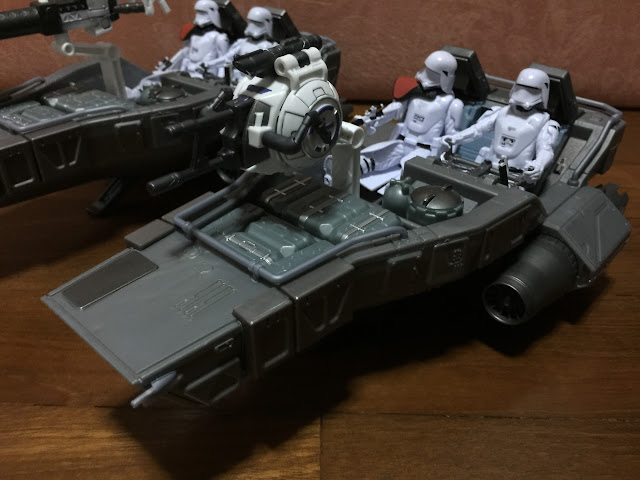 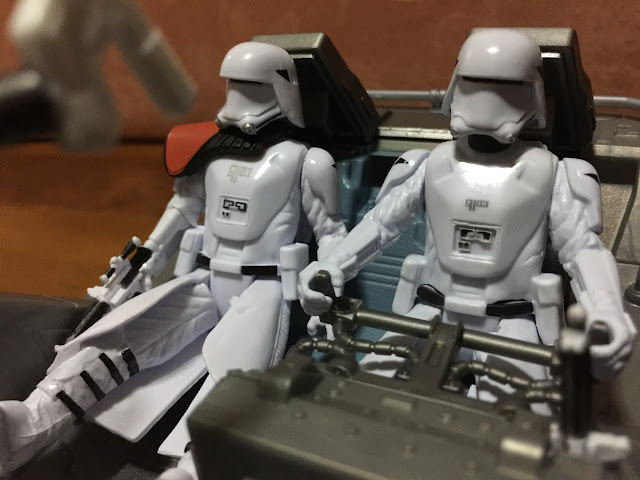 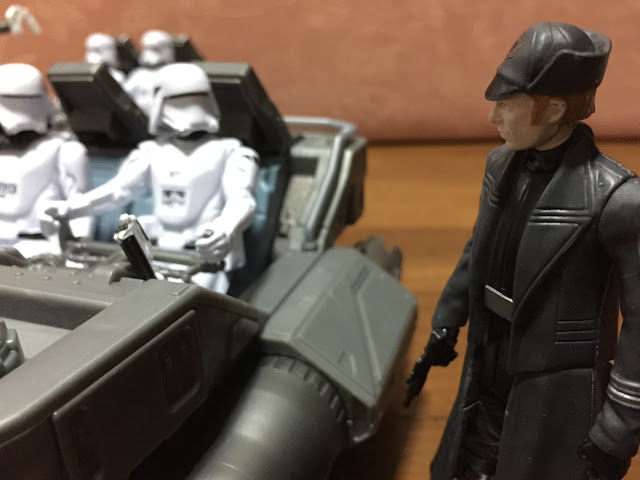 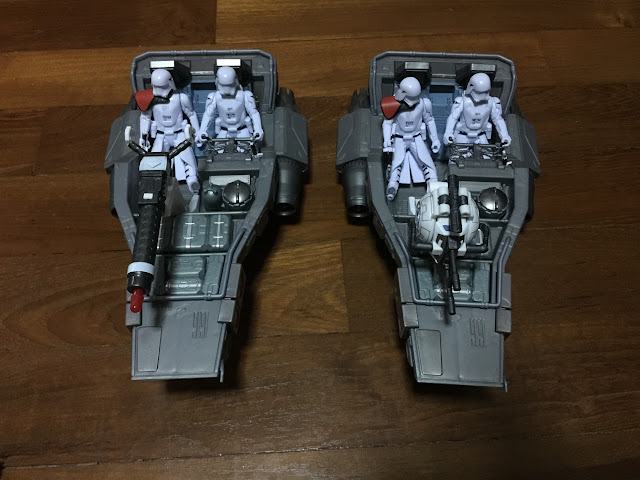 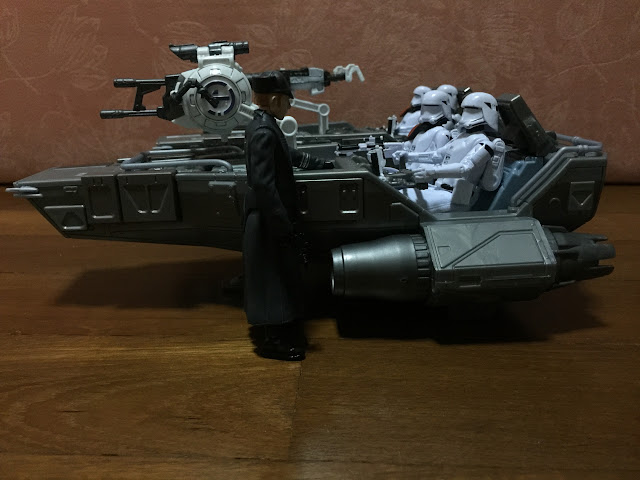 Hope you enjoyed this review. The silver colour of the Snowspeeder allows it to look in place in different environments. I love movie and these collectable toys are great fun! 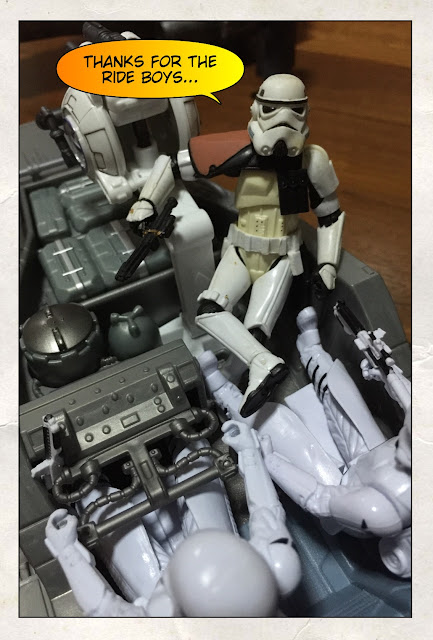 Right, here are all the different toys used to in this review, except the Sandtrooper!

The First Order Snowspeeder itself:


Parts to make the twin blaster weapon. The stand (TIE fighter pilot) is optional if you are mounting it on the vehicle. Poe gives you the parts for the 2 sides of the rounded pod. The twin blaster comes with the Space Mission Resistance fighter. I felt that the rounded pod looks more "complete".

Posted by ben at 11:25 AM
Labels: Star Wars, The Force Awakens

Welcome to my blog! I love photography, sci-fi, toys, gadgets and games. Do drop me a note if you have the same interest.